Tech N9ne brought excitement to the Techn9cians last night at a concert in Kansas City, MO. Tech N9ne asked the crowd if they remember him saying he'll one day perform in the 19,000 seating capacity Sprint Center, then broke the news he has been added to MADE MEN - THE TOUR starring 2 Chainz, Juicy J, Tyga, Rocko and Kidd Kidd. After hearing the breaking news, the crown went insane!

Tech N9ne has a huge following of loyal fans known as Techn9cians who generally travel hundreds or thousands of miles to see his performances. It's expected that true Techn9cians from around the country will flood the venue to experience this turn of fate fulfilled prophesy at the Sprint Center concert on November 15th, 2013 starring 2 Chainz, Juicy J, Tyga, Rocko, Kidd Kidd and Tech N9ne. The doors will open at 6:00 PM.  2013 Made Men The Tour: Kansas City is being powered by DRE Muzik LLC. For ticket information visit online: www.madementhetour.com. 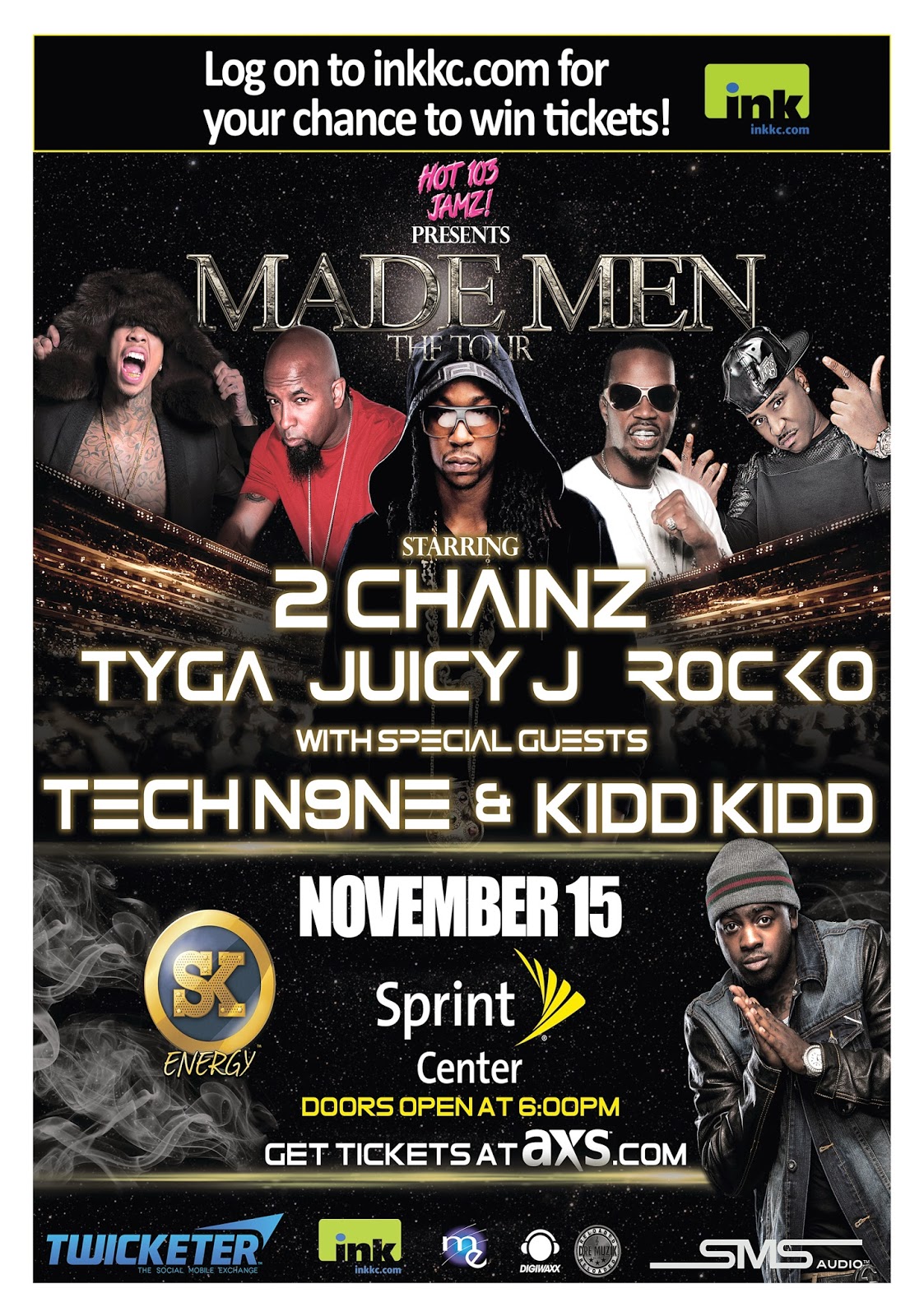